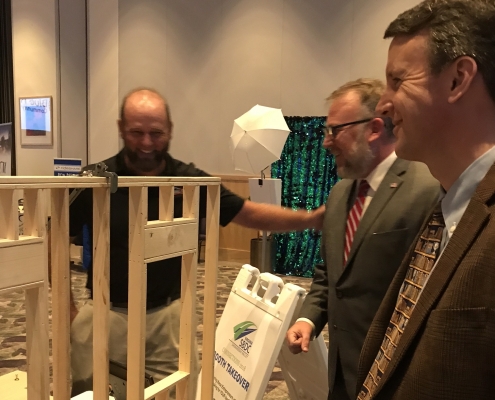 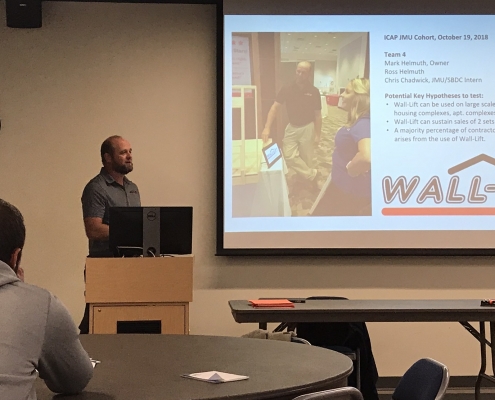 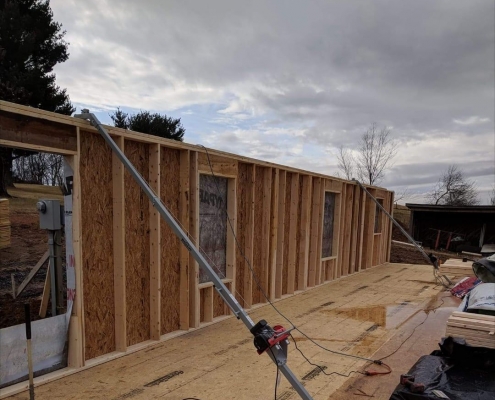 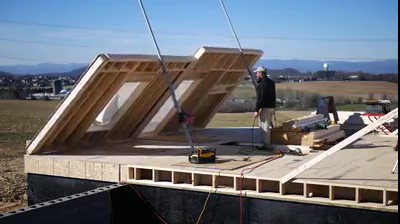 Achieved more than 100% growth in domestic and international sales
Reprinted by permission from Virginia SBDC.
When Mark Helmuth first invented the Wall-Lift in 2005, it was purely out of necessity. As a contractor, he needed a safer and more efficient way to raise walls, so he built a device to do the heavy lifting for him and his crew, literally. His invention, the Wall-Lift,  allows a single worker to hoist up to 50 feet of framed wall in seconds.

“Necessity is the mother of all inventions,” Mark says. “I had a need to set walls, and the methods that were out there didn’t quite meet my specs. I thought about it, went out and got the components, and within a week and a half I had it all together. On the first job, it worked great.”

That first use quickly turned into dozens. After his fellow contractors saw the machine in action, requests to build more began to filter in. At the urging of a friend in 2016, Mark filed for a patent and began exploring the process of setting up Wall-Lift as a business. His banker referred him to the SBDC center in the Shenandoah Valley and Rockingham area where Allison Dugan’s team helped Mark establish Wall-Lift Inc.

“The SBDC walked me through a lot of things,” Mark says. “I took a lot of the courses they offered, they hooked me up with some shipping guys, and they helped me put together some brochures and marketing,” he adds. He also participated in the Virginia SBDC Network’s Innovation Commercialization Assistance Program (ICAP) to learn about customer discovery and how to match your product to your customers’ needs.

But Mark’s partnership with the SBDC didn’t end there. This past spring, Mark discovered a video of his Wall-Lift posted by what Mark wrote on Instagram, was “an icon of the framing world.” The SBDC was there to help Mark double down on the power of viral marketing in this unique situation.

That video, which has since generated nearly 400,000 views, led to an exponential increase in orders for Wall-Lift almost overnight. Mark has nearly doubled sales from last year already and, with help from the Virginia SBDC Network’s International Business Development Director Aaron Miller, he has shipped as far as Australia, England, Norway, and South Korea. The distribution channels the SBDC helped him establish have paid dividends during that growth — as have partnerships the SBDC helped him secure with two dealers who now sell Wall-Lift.

“I got a large United States map, and I put pins where every sale went so I can see what’s going on,” Mark recalls. “Early on, I saw that if I made one sale in one area, it’s not long before you have two or three more in that same area. That’s when I realized this wasn’t a bad product because it’s selling itself,” adds Mark.

As Wall-Lift continues to grow, Mark finds the SBDC to be a reliable ally in his corner. Sales for the product have doubled every year, ballooning from fewer than 10 in his first year to more than 200 units already sold in 2021. He sold eight in one day and 52 in a single month — records he says he wouldn’t be surprised to see broken.

“[The SBDC] asked me, how big do you want to go? I said that if we got to the point where we could sell two a week, that would be great,” Mark says. “Now we’re way past that.”

Keeping Up with Wall-Lift, Inc.

Want to know more about Wall-Lift, Inc.? Visit their website to keep up with the latest.

What can Start Smart and business advising available through the SV SBDC do for your growth-oriented business? Check out our Workshops & Events page or Contact Us for more information!