Tim Brady came to the Shenandoah Valley Small Business Development Center (SV SBDC) in 2013 with an idea, a draft business plan, and an investor pitch. Familiar with the brewing industry after working part-time in a local brewery while attending James Madison University, Tim was looking for next steps in launching his own brewery. He knew he needed some expert guidance on how to start a small business, so he met with SV SBDC Director Joyce Krech.

When reflecting on his initial meeting with the SV SBDC, Tim said, “It was fantastic… I was not aware previously that there was an organization in Harrisonburg with the goal of helping guys like me who had an idea and wanted to turn that idea into something palpable.”

Joyce worked with Tim to refine his business plan and investor pitch. But as is often the case with SBDC business advisors, she took it a step further. Tim explains:

“Joyce and the SBDC team were kind enough to put together a group of people with experience in business investing that I could do a pitch to and practice with. They asked serious questions that were very similar to the questions I ended up getting from my actual investors. It was really great and helped me fine tune my business plan and just gain confidence in general.”

After learning from his mock pitches, Brady met with anyone willing to listen to his vision and quickly raised the capital needed to open Pale Fire Brewing Co. in the newly renovated Ice House complex in Downtown Harrisonburg. Investors were so impressed with Brady’s pitch that he was able to raise the entire $900,000 without having to take out any loans.

Armed with new business skills and enough small business funding to get started, Tim took his knowledge of the brewing process - from ingredient selection to brewing time and specifications – and put his passion for the chemistry and nuances of craft brewing into action. He began production in 2015. Roughly two years later the brewery was wildly popular, employing three full-time and eight part-time workers. This success inspired Tim to explore adding a new bottling line that could be distributed across Virginia.

With the expansion idea in hand, Brady returned to the SBDC offices. He met with the Capital Access Advisor, Bill Groseclose, who helped him prepare a proposal that was to be readily accepted by a local bank. This infusion of business funding resulted in a new in-house bottling line, the consolidation of existing debts, and an overall improved cash flow for the business.

Since those early years when Tim Brady took his idea for starting a business to SV SBDC Director Joyce Krech, Pale Craft Brewing Co. has gone on to garner many loyal customers and industry accolades. Recent achievements include a bronze medal at the 2019 Great American Beer Festival and a partnership with a Harrisonburg-based band, Illiterate Lights, to brew a pale ale that celebrates the band signing with a major record label. As Pale Craft Brewing Co. continues to innovate and expand, Tim credits the Shenandoah Valley Small Business Development Center for helping him turn his dream into a successful business endeavor. The SBDC is “…exactly what somebody with an idea, but without the experience, needs to get their business off the ground.” 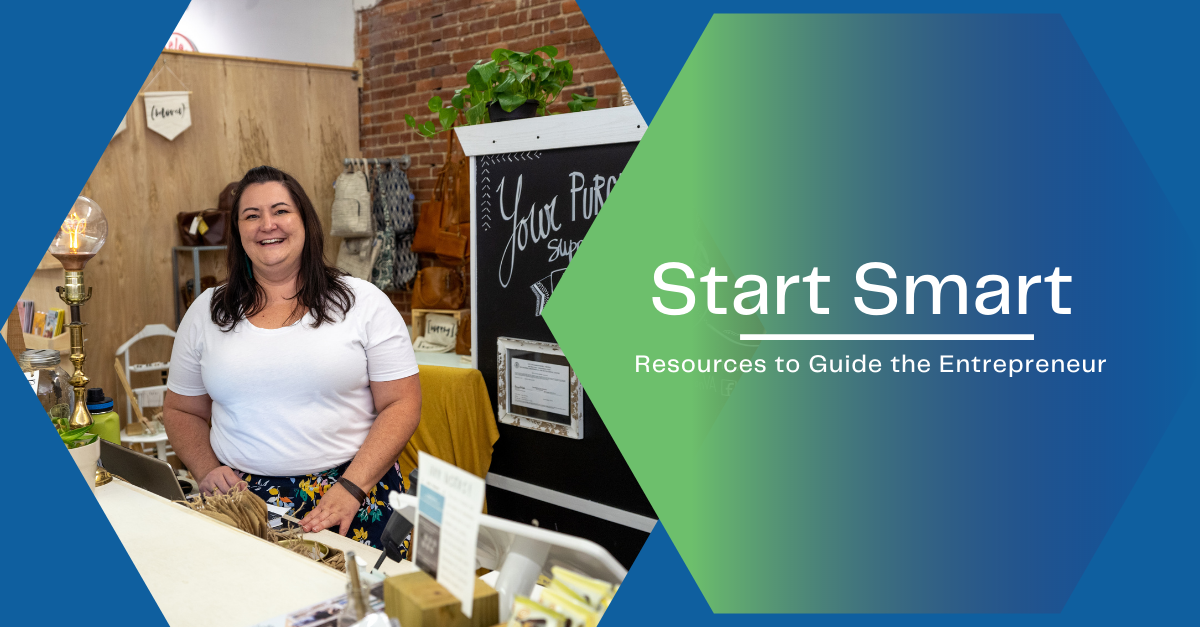 Start Smart Workshop now available via live webinar! Are you thinking about starting a new business? Do you have lots of questions about how – or whether – to move forward? Are you considering moving[...]
Mar
12
Fri
9:00 am Business Smarts – Sales & Sellin... @ On-Line Webinar
Business Smarts – Sales & Sellin... @ On-Line Webinar
Mar 12 @ 9:00 am – 10:30 am
How do we move the ball forward with sales in a “different” world? In this session, Brian Bence, Executive Director of Sales for SVOE, will provide tips and ideas for all types of selling for[...]
Mar
24
Wed
10:30 am Grow with Google – Reach Custome... @ Virtual Webinar
Grow with Google – Reach Custome... @ Virtual Webinar
Mar 24 @ 10:30 am – 11:30 am
Get Your Local Business on Google Search and Maps Google Expert Randi Penfil will teach us about Google Search Engine Optimization (SEO) and Smart Campaigns in Google Ads! She’s Dynamite! Don’t miss this virtual webinar,[...]
Mar
25
Thu
10:00 am Start Smart Virtual Workshop @ On-Line Webinar
Start Smart Virtual Workshop @ On-Line Webinar
Mar 25 @ 10:00 am – 12:00 pm

Start Smart Workshop now available via live webinar! Are you thinking about starting a new business? Do you have lots of questions about how – or whether – to move forward? Are you considering moving[...]
View Calendar
Add
Register for Events
The SV SBDC is funded in part through a cooperative agreement with the U.S. Small Business Administration and hosted by James Madison University.